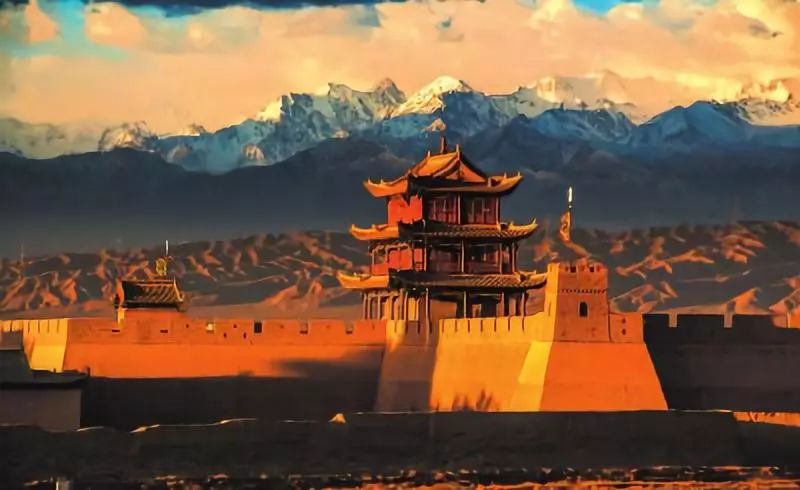 Jiayuguan is home to Jiayuguan Pass, the largest and most intact pass, or entrance, of the Great Wall. Jiayuguan Pass was built in the early Ming dynasty, somewhere around the year 1372. It was built near an oasis that was then on the extreme western edge of China. Jiayuguan Pass was the first pass on the west end of the great wall so it earned the name “The First And Greatest Pass Under Heaven.” Legend goes that the official in charge asked the designer to calculate how many bricks would be used. The designer gave him the number and when the project was finished, only one brick was left. It was put on the top of the pass as a symbol of commemoration.
The fortress there was greatly strengthened due to fear of an invasion by Timur but Timur died of old age while leading an army toward China. It was also a feared place as here Chinese who were banished for various crimes were ordered to leave toward the west and never return.